Hi shop owners. Thank you very much for joining me on this edition of Car Count Daily. My name’s Ron Ipach, but you can call me Captain Car Count because that’s all I’ve done for the past 20+ years, is help thousands of auto repair shop owners, just like you, to get and then keep all the top-quality customers that your shop can handle.

Now, on today’s episode, I’d like to dive a little deeper into the subject of online consumer reviews. Now, we all know how important online reviews are to our business, because what other people say about you, positive and negative, is infinitely more important than what you say about you. Now, there are a lot review sites that are out there. The big ones that are out there are Google, Yelp, Facebook, yellowpages.com and the list goes on, and on, and on, but those are probably the four most popular review sites that come up on a Google search when you are looking at local businesses.

Now, we all love getting great reviews and we should strive to get as many of them as possible (I usually recommend one per week). However, we can’t keep everybody happy and there’s going to be the occasional bad reviews that are going to pop up. I mean, it’s just a fact of life. Now, it’s aggravating, it’s upsetting, but it’s a reality. So I don’t want to talk about how do we remove those reviews, because that’s almost an exercise in futility when trying to get those removed. The first and best thing to do is just bury that bad review with a lot of really good reviews.

But, what do you do with the actual review that comes by that isn’t so good? 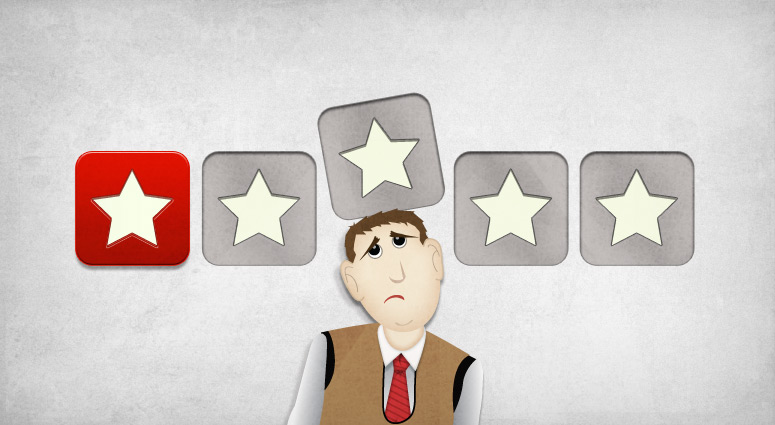 Well, first and foremost, you have to respond to that review. Now, remember, when you respond to a review, you’re not responding to the person that gave the review. You’re responding as a sales tool for the person that’s reading it that’s considering using your services. So keep that in mind when you’re responding to the review. But I’d like to give you a simple four-step process on how to respond to these bad reviews, because a lot of people ask how to respond to those because there’s a lot of pent up anger when somebody says something bad about the shop and the last thing you want to do is go and type that out and have it out there for eternity for everybody else to read that you were having a bad day when you saw that really bad review. You want to eliminate that, so these few simple steps are going to help keep you on track so you do come up with a really good responses:

You May Also Like:  How Important Is The View Count?

For reviews that are true

Let’s first talk about the reviews that are true. Somebody says something bad about you and it’s true, and it’s going to happen. Again, we can’t keep everybody happy all of the time, and sometimes people are going to be unhappy about the way we do business. So I’m going to give you a real quick four-step process to respond to a true review.

First and foremost, admit it. It’s time to man up here, okay? It’s the most difficult thing you’re going to have to do is to admit that you were wrong. But, you know what? To the next person that’s reading it, if they see you actually saying, “Yeah, you know what, we were wrong.” Wow, that’s a big, big impact that they’re really going to be able to pay attention to. So first off, admit it.

The next thing is, you want to apologize for the person having a problem. It’s your fault, go ahead and apologize. “I’m sorry you had to go through that.”

Step #3: Promote The Opposite

Then the next thing to do is promote the opposite of what happened. For example, if somebody talks about that they didn’t particularly like the way that they were pressured into having to buy additional services, you would of course say, “I am so sorry that that happened. That had been a problem with a particular employee we had, and I just want to let you know that employee is no longer with us.” You see what you did? You admitted, you apologized for it, and then you promoted the opposite. We got rid of that person is the exact opposite of saying we kept that person on board, right? So you’re letting them know you got rid of the problem.

You May Also Like:  How Shop Owners Start Their Day Off With A Bang

And then, finally, what you want to do is you want to offer to make it right on their next visit. So we’d like to invite that person back in the shop so we can show them that that’s not the way we do business.

What if the review is a flat our lie?

Now, let’s talk about the lie. I mean the flat-out, bald-faced lie, that somebody said something totally inaccurate about you and your shop. Well, you have to respond to that, as well. Now, it’s really important that you don’t spew a lot of venom in their direction, because flat out, look, they lied. They’re trying to do damage to your business and it’s a flat out lie, don’t feed into their attempt to make you look worse. Okay, so important that you follow what I’m going to talk about here so that you don’t write something that you don’t want other people to read. Again, it’s really difficult to respond to a lie, but if you follow these three steps it’ll be much easier to do it.

First, you have to say that the review is inaccurate. Then, step number two, is you need to substantiate that it’s inaccurate. In other words, tell why you know that this is inaccurate. And then, just like we did on the true bad review, with the lie review what we want to do is we want to promote the opposite of what the person is claiming you did or didn’t do, okay?

So, example, let’s say somebody says that your prices are too high, yet they’ve never stepped foot in your shop. All they simply did is called the shop up on the phone and they got a quote (which is probably something shop owners shouldn’t give out, anyway) and then they went down to the person down the street and got it done for half the price. And now they’re arguing and complaining that your shop is too expensive. I’ve seen that happen time and time again.

You May Also Like:  How To Market To A Distracted Audience

So, your response very simply is to respond saying something like this:

“Look, we’ve always had very fair prices. Now, you’re going by an estimate that we gave you over the phone. You did not allow us to look at the car as we requested so we could give you an accurate quote, so you’re going on our best-guess estimate based on what you told us was the problem. So in all fairness to us, we told you that we needed to do a thorough inspection on the car to give you an accurate diagnosis and an accurate price, and since that didn’t happen, I do believe it’s unfair for you to say that we have high prices.”

And then this is how you promote the opposite:

“We’ve been in business for 21 years and we’ve done over 4,065 customers cars, and we’ve never had a complaint like this. We’ve always treated our customers fairly, and we invite anybody else that’s reading this review to come in and give us a chance.”

You see what we did? We took the negative comment, we let readers and reviewers know that it was an inaccurate statement, and then we promoted the opposite, and now we have a chance to sell the next person. Because, remember, it’s the person that’s reading the response that you want to sell, not the person that wrote the bad response.

I hope this helps. Just follow these formulas and you’ll see it’s real easy to respond to even those negative reviews, and those bad reviews will actually help sell your auto repair services – if you do it right. 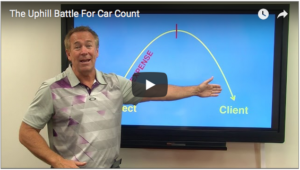