Hey everybody, thank you very much for joining me on this edition of Car Count Daily. My name’s Ron Ipach, but you can call me Captain Car Count, because that’s all I’ve done for the past 20+ years, is help thousands, and thousands of auto repair shop owners, just like you, to get and then keep all the top quality customers that your shop can handle.

Why Every Shop Owners Should Have An Auto Repair System

Now today, we’re going to talk about systems. What I mean by systems are your sales system, your marketing system, your accounting system, your management system. If you notice, there’s one word that’s common amongst all of those various jobs that you have as an owner, and that is an auto repair system. What a system allows you to do is have something in place so it can be replicated the exact same way, day, after day, after day, without you having to be there. See, that’s the reason why a lot of shop owners are running around like chickens with their heads cut off, or as I like to call it, like firemen running around and putting fires out every single day, because they don’t have a system.

They wind up reinventing the wheel every single time that they walk into the shop. There’s nothing written down, and it’s up to them to get the job done. Then if you decide that you want to go on vacation, all of a sudden they’re calling you on the phone all the time, asking you how to do certain things. That’s because you don’t have a replicable system, and that system is not written down.

From this point forward, make sure you start documenting everything you do, and what your system is, so that other people, without you having to be there, can get the job done. Let’s talk about what a system actually is. A system is in place, again like I said, so you can replicate things over, and over, and over. Let me give you a real quick demonstration of a great system that we all know how to do, okay? If you’ve ever made coffee. I’m not talking about those Keurig machines, you know? The one single cup. I’m talking about making a pot of coffee, like with a Mr. Coffee.

You May Also Like:  What's Standing In Your Way?

Then you’re going to go ahead and plug it in, if it’s not plugged in. Then you’re going to hit the start button. Then wait a few minutes, and then voila, you have a pot of coffee. See, what I just did is I showed you the exact system that you need to replicate day, after day, after day, to make something as simple as a pot of coffee. Let’s change things a little bit. See, we as entrepreneurs tend to like to do things our own way. We’re going to do things differently, because we tend to be wired differently, right?

You May Also Like:  The Number One Job Of An Auto Repair Shop Owner

We did everything except for one thing on that system, and we didn’t get the results we’re looking for, okay? Think of that. Every time that you do something, let’s say specifically with marketing because, I’m Captain Car Count, right? If there’s a lot of things you need to do to get some marketing pieces out there, and you skip any one of the steps in order to get your marketing out there, you’re not going to get the results that you’re looking for.

Also, a system, what it allows you to do, is stay on track and do the things in the right order. See, not only is there a right way to do it, and there’s a right amount of steps. But those steps have to be done in the right order, if you want to get your desired results.

Let’s back up here a little bit, and change the game here a little bit, and let’s change the order that we do that pot of coffee. What we do is we grab the pitcher off the machine, we open up the lid, put the water in there. Dump it in the top, close the lid, put it back on the burner. Then we pull out the filter tray, and then we put the coffee in there. Then we put the filter in there, we push that back in there. You notice, I switched that little step there. Then we plug the machine in, and press on. What happened? We did all the steps that were required, we did every individual step that’s required to make a pot of coffee, but we just switched the order on it.

If you have a system, you know how it’s supposed to be done. Go ahead and document it, write it down. Train your employees the right way to do it so every step is taken in the right order, and that’s how you get the same results day in, and day out. 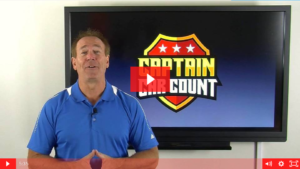