A few weeks ago, I requested over a dozen contractors to come to my home to give me estimates for a few projects that we plan on completing at my home. I filled out their contact forms, we told them that we were very serious prospects, and would definitely be hiring someone right away to perform these services at the house.

As it turns out, my mentor, Dan Kennedy was right: People haven’t stopped buying, people have just stopped selling. Here I am trying to buy, and only five of the thirteen even bothered to call to set up an appointment. Only four of them showed up, and each spent about an hour measuring, explaining their products and leaving an estimate (None of them made a decent effort to close me on the spot!). And then, only one of the four bothered to to give me a follow up call to ask for the job. Of course, I awarded it to him.

You need to remember, every time the phone rings or a prospect walks into your auto repair shop, he or she is trying to buy something from you. Last time I checked, calling, visiting, or just shooting the bull at an auto repair shop isn’t on very many folks “1000 things to do before I die” list. If they’ve stepped forward and raised their hand to you in some manner – sell them! And if your first attempt isn’t successful, try again. And again. And again. Don’t give up – you can’t afford to.

For instance, if you’ve been paying attention to my Car Count Daily series and capturing your clients’ information, you’re probably collecting lots of email addresses right now. One of our platinum members just collected 60 emails from local folks that stepped forward and gave their email addresses to him as a result of simply stepping into his shop. Did all 60 visit his shop already? No. However, I’m sure a handful will take advantage of his email offers in the coming weeks. Then, by continually staying in touch and sending followup emails to these folks and inviting them to take advantage of his offer, quite a few more will also.

You May Also Like:  3 Marketing Strategies To Find And Increase Car Count

On average, each one of these prospects cost him only $1.50 each! So he’s spent a whopping $90 bucks to cause 60 prospects to raise their hands. Now, through the magic of this newfangled technology thingy called email, he can send an email to them once a week until the coupon expires – for FREE! And if they don’t come in, or they get upset about getting the emails and ask him to stop sending them, no problem. They weren’t going to be his customers anyway.

Be smart. Get aggressive. Everyone else has stopped selling – and that’s left the door wide open for you!

As usual, I really want to hear your comments. You can leave them below. 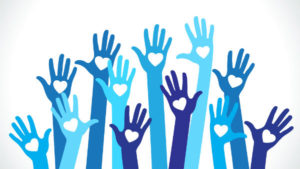