Hey shop owners, welcome to this edition of Car Count Daily. My name’s Ron Ipach, but you can call me Captain Car Count, because that’s all I’ve done over the past 20 years, is help thousands of auto repair shop owners, just like you, to get and then keep all the top-quality customers that their shops can handle.

Now the other day I was on the phone with a brand new client talking about, guess what? Car count. Go figure. He asked me a question that rolled back the calendars about 15, 20 years ago when I first started working with auto repair shop owners, because he was asking about the problem of Yellow Pages.

Now Yellow Pages, I still honestly believe in them for some shops. I covered that on another Car Count Daily, so if you’re interested in it, go look in the archives and you’ll find the information, and watch that episode. His particular situation was something that I must have answered hundreds of times back then because there were so many Yellow Pages to choose from. Most shop owners wanted to cut their costs and only work with the Yellow Page that was working best for them, and that’s exactly what he was going through. He was in a larger city, and they had three different Yellow Pages still active in his area, and he was advertising in all three of them. He wanted to cut his expenses down, so he asked me to make the decision for him as to which Yellow Pages he should use.

It was like Deja Vu all over again. It was like I was back into that mode from 15 years ago, and started asking the same questions I was asking shop owners back then.

You May Also Like:  The Penalty Of Taking Bad Advice

Now, his answer was exactly the same answer I was getting 15 to 20 years ago from shop owners. Again, this was Deja Vu all over again, ’cause he had no earthly idea. He wasn’t tracking it. He did not know if he was getting any calls at all from the Yellow Pages. He was really asking me to do a S.W.A.G. for him.

He had no idea so he’s asking me based on his gut feeling I guess, to choose which Yellow Page is going to work best for him. The reality is, of course you know, I can’t make that guess for him either.

Now, this happens to a lot of shop owners where we make those decisions based on a gut feeling. You send out a postcard that has a cheap oil change, and you’re getting lots of calls from, and you have lots of people coming in so you think, “Well that’s the way to go about doing it.” When the reality is, if you look though the entire cycle you may find that people are only coming in for the cheap oil change, they’re not being up sold, and they’re not becoming future clients for you. In that case it may be making you busy, but it’s not making you money, and it’s not certainly helping you with the future of your business ’cause you’re not attracting the right people.

What I’m getting at here is look at your numbers. Understand that the numbers don’t lie. They’re going to tell you exactly what you need to do, and what you need to stop doing. I’m here to help with giving you ideas, and help mold things. But it’s up to you on your end to track what is actually working for you. There’s no one size fits all solution for an auto repair shop. There just isn’t. There’s too many factors that are involved in there. It’s up to you on your end to figure out what is actually working. Of all these strategies I talk about on these videos, when you put them to use, you need to figure out if they’re working for you. If they are, do a lot more of them. If they’re not working for you, then stop and go do something else. Don’t let your gut guide you.

You May Also Like:  It's Time To Adjust Your Car Count Vision...

Now, how do I know this? Because I did it for so many years. When I didn’t track the numbers, I was only going by the gut feeling. The advertising that I liked doing. The advertising that I thought was working best for me. But as you probably guessed, when I looked at the numbers, I found out I was doing it all wrong, and it cost me tens of thousands of dollars in revenue because I was marketing to either the wrong target market, using the wrong marketing piece, using the wrong media.

What you want to do is make sure that base your decisions on what you’re going to do, your livelihood. Your livelihood’s based on who you bring into your shop, and what you can sell them. This is not a decision to be taken lightly. You have to really pay attention, and know your numbers. Start tracking, start tracking every phone call that comes in. Ask people where they’re calling from, and then mark it down. You can do it the old fashioned way and just on a piece of paper, write down where the phone call came from, if you got the appointment, and then how much they spent. I mean at the very least, a good old fashioned pen and a piece of paper will help you make those smart decisions moving forward.

That way you don’t make those same mistakes that so many other shop owners are making, and I used to make too. Which is basing your marketing on a S.W.A.G. . 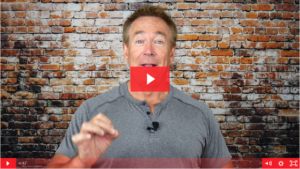