Hi, shop owners! Welcome to another Car Count Daily. My name’s Ron Ipach, but you can call me Captain Car Count because that’s all I’ve done for the past 20 years, is help auto repair shop owners just like you to get and then keep all the top quality customers that your shop can handle.

Now let me start off by asking you a very important but very quick question: what BS story are you telling yourself? Let me repeat that. What BS story are you telling yourself? Now what do I mean? We all have these stories and shop owner excuses that we keep telling ourselves that are true, that when you really look at it, they’re really utter bullshit, but we’ve been telling ourselves the same story over and over that we actually believe it’s true.

Case in point, now if you’ve ever been on one of my live webinars, you know that because I’m live, I can have a conversation with some of the people that are on the webinar. The other night, a gentleman was complaining about car count. He said because cars are made better, there are no cars out there and there’s a lack of car count, and that’s a big problem.

I took that as an opportunity to tell him what I’ve probably told you before, if you’ve been watching these videos, that I don’t believe that there’s a car count problem out there at all because in every city all over the United States, all over Canada, there are cars sitting on lifts right now in your own town, dozens, maybe even hundreds of them, every single day that are being repaired and maintained by other shops, other shops collectively, but on any given day, there are tons of opportunities to repair cars. The problem is they’re just in somebody else’s shop, they’re not in yours.

You May Also Like:  Marketing Your Auto Repair Business - A Common Mistake

It’s not a lack of cars out there to be repaired, there’s just a lack of cars in your auto repair shop. It’s a marketing problem, it’s not a problem caused by cars being made better. Now I’ve told that story before. In case this is the very first time you’ve heard that, please believe me it is a marketing problem, not cars are made better. That’s the reason why you don’t have enough cars. Now we’re past that.

Because I can go back and forth with them, I told that same story. He’d so believed that it was a problem that he wasn’t able to fix, that he told me about the shop owner that was less than a mile away from his shop that said the very same thing, that his shop was down with cars as well. I guess the two of them got together and commiserated about the car count being down, and now both of them believe that there’s a car count problem out there. That’s an example of the BS story we keep telling ourselves that simply isn’t true.

I want you to go back and think of all the things you say on a daily basis, maybe, “I can’t find good techs,” or, “There are no good techs out there anymore.” There are good techs out there, they’re just not working for you. What you look for, you’re going to find. It’s just the truth. Let me give you an example, and this is a story I’ve told my clients over and over. It’s a great example of what you look for, you will see in abundance right there in front of you.

A few years back, we bought a beach condo down in Florida. We thought it’d be fun to have a Jeep, to be on the beach, and just the perfect car to have down there. I never owned a Jeep before, but guess what? As soon as I decided I was going to buy a Jeep, I saw Jeeps everywhere, all shapes and sizes and colors driving everywhere. I’ve been seeing them every single day go by, but I didn’t see them until I decided I want to buy a Jeep.

If you’re going to constantly complain and look at the lack of cars that are out there in your own shop, you’re going to keep seeing the same problem over and over and over. It’s going to become etched in your mind. It’s going to be a BS story, but if you start looking around, start driving around and realize there are dozens, if not hundreds, of cars sitting on lifts every single day in other people’s shops and not in your shop, you’ll realize you have a marketing problem and you’ll start to tackle the big problem that you have right there.

You May Also Like:  When They Raise Their Hand - Grab It!

I hope this helps. Go and think of all those things that you tell yourself so often that it’s now etched in stone and it’s true, and see if you could find the opposite. I guarantee you’ll find it everywhere. Thanks for watching. Oh, by the way, I really appreciate all the comments. Please go down below this video and let me know what you think. I’ll see you on the next video. 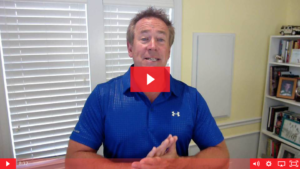