Hey shop owners, welcome to this edition of Car Count Daily. My name’s Ron Ipach, but you can call me Captain Car Count, because that’s all I’ve done over the past 20 years, is help thousands of auto repair shop owners, just like you, to get and then keep all the top-quality customers that their shops can handle.

Today, I’d like to talk about a conversation that I had with a client just the other day who called me up to complain that the marketing that I gave to him just wasn’t performing as he thought. Very bad phone call. I don’t like phone calls like this, but I go into consultation mode because all the marketing that we give to our clients has already been proven to really kick ass. We got shops all over the country that are using my marketing and seeing phenomenal results. This particular individual, however, was not seeing those same results.

There could be a million different reasons why the marketing’s not working, but in this particular situation, the reason was he sent out a postcard mailing to his very own clients (by far the best group of people he could ever market to because they already know, love, and trust him and he knows what offers they respond to). He had a really good offer going to the right people, and I know the offer in the postcard was awesome because it has worked and performed very well for shop owners all over the place, but he didn’t see it that way.

You May Also Like:  What Is Technology Saying About You?

Of course, at this point, we need to look at the numbers. We need to know how many he mailed out, how many people responded, and how much money he made. Here’s the deal: he comes to find out that he mailed out 500 of them, and he had five people respond. Not bad as far as I’m concerned, but he was really upset. He figured of he mailed out 500, he should have 25 people. Okay, I get it. No problem. We all wish we could do that, but the reality is how many people respond is not really what we’re looking for. We’re looking at how much money they spent when they came in.

Let’s say those postcards cost a buck a piece. They weren’t, but let’s say they’re $1 piece, so he has $500 in this marketing campaign. He had five people respond, so it cost him $100 per person to get in the door. Now, admittedly when you market to your own clientele, a response that low is low, so I kind of get his complaint that there just wasn’t a lot of response, only five people. Low number response, but then when you dive deeper into this thing, we find out that he made $3000 on the five people that came through the door. But he was still upset. He was still stuck on the 1% response that he got, and wasn’t really paying attention to all the money he brought back in the door. He had a huge return on investment, but to him that wasn’t good enough, and I get it. All right.

That’s the reason why I’m talking about this today because we need to understand what the purpose of the marketing is. It’s to bring the customers in that spend the money. In this particular case it only brought in five, a low number, but it brought in a lot of dollars. If he brought in six times or five times the amount of money he spent, that’s a win as far as I’m concerned, because the reality is you don’t go to the bank and make a deposit, and the bank teller doesn’t say, “Well, what percentage response did you get on this marketing?” No. See, you can’t deposit percentages of a response. You can’t deposit that 1% response. What you can do is deposit the $3000 that you made from that individual marketing. A lot of it is just to understand what you want to do. Look, we all would like to have 10, 15, 20% of the people respond, but sometimes it just doesn’t work out that way.

The most important thing to pay attention to is the return on investment. If you spend 500 and bring in 3000, that’s a six times return on investment. That’s almost like walking up to a slot machine in Las Vegas, putting $1 in, pulling the lever on that dollar slot machine, and win $6, every single time. I don’t know about you, but I’d go to the bank and I’d get as much money as I possibly can, I’d have them loan me as much money as I possibly can, to keep shoving dollar bills and pulling that lever, because if $1 turns into $6 every time you do something like that, I consider that a win. Now, as I said before, response percentages, that’s what people look at and they say, “Well, only five people responded.” I get it, but what did those five people spend? If they spend a lot of money and you’re making money on it, it doesn’t matter how few people respond. It’s the amount of money they spend, because that’s how you get paid. That’s how you keep the doors open, by getting them to spend money. 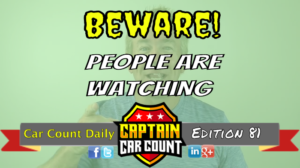